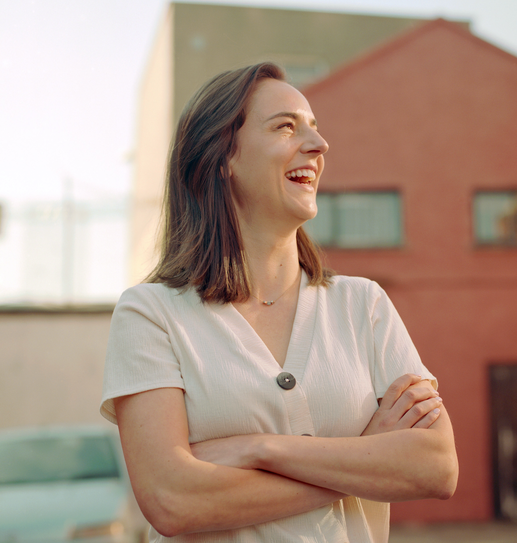 It takes a village to raise a startup. In the second of our Braver Together series, Draper Esprit Investment Associate and Huckletree Ambassador Edel Coen explains how collaborative ecosystems push founders to greater heights, and why she finds working in this world so inspiring.

Wouldn’t the world of work be so much better if we were all rallying around the issues we’re most passionate about?

Looking at how engaged people are with their work suggests so. If you asked the average person on the street if they liked their job ─ the thing which takes up a third of their daily lives ─ they’d probably say no. But zoom in on the world of startup, and the picture is very different. According to a survey by WeAre3sixty, a founder-led community that focuses on personal wellbeing, 93% of founders say they are happy to be entrepreneurs, while 91% say they are passionate about making a difference in the world.

It isn’t hard to understand the thrilling prospect of building a business that could change the course of our collective futures. But for anyone to succeed in this mission, the right support is needed. After all, it takes more than a founder to raise a startup. It takes a village.

For Edel Coen, Investment Associate at Draper Esprit in Ireland, this philosophy rings true. “Having the opportunity to meet with, learn from, engage with and hopefully even help tonnes and tonnes of founders is just the ultimate privilege. They’re making it their life’s mission to improve the future for everyone else.” Without a doubt, she says, investing in founders is “the coolest job in the world”.

While Edel was born and raised in Ireland, her career began on America’s West Coast. She accepted a graduate role with Enterprise Ireland in 2011, who wanted Edel to be their eyes and ears on the ground in Silicon Valley. From there, she would report back on trends, build relationships with investors and potential customers, and scout for talent. She sums up her mission as finding a way to give Irish companies back home as much of an “unfair advantage” as possible when it came to tackling the US market.

But some of the issues ─ like the lack of funding Irish companies received compared to their US counterparts ─ were more systemic, and couldn’t be solved by simply joining up the dots. Edel began interrogating US investors to find out what Irish startups needed to do to make themselves more fundable, before eventually deciding to take matters into her own hands. In 2016, she moved back to Ireland and committed herself to investing in Irish businesses, first as an executive at green investment firm BVP, before joining Draper Esprit’s Ireland office in November 2018.

To set founders up for success, Edel firmly believes that a strong and supportive community must exist around them. And while Dublin is considered by many as a ‘secondary’ startup hub ─ younger and less high-profile than the likes of London and Silicon Valley ─ she says its ecosystem is exemplary. “In Dublin, all the investors know each other, we all share deal flow, we all make sure we’re communicating about the good things that are going on,” she says. “[Now] we’re starting to see successful founders with successful exits come back into the ecosystem and lift up this next generation. Recycling that capital is so important.”

Capital can of course create opportunities ─ but it also causes tensions. The relationship between founders and investors is often characterised as an unfair balance of power, where one party is desperate for money, while the other has the means to provide it, and in huge quantities. But Edel says it’s crucial for both camps to remember that without creating harmonious relationships, the deal is unlikely to produce the best results. So how can founders figure out if investors really, truly, back them?

“It’s an amorphous exploration,” Edel admits. “It’s important to get that ─ it’s almost like lining up your values and your beliefs and making sure you both see the future in the same way. Because that’s what you’re really taking a bet on.”

Human instinct and gut feeling can do a lot of the hard work when deciding who best to hitch your wagon to. Edel says this sixth sense hasn’t let her down yet: by the time she gets to the due diligence stage with companies, she is already enjoying working with them, and can already tell they are on to a good thing. “I honestly can’t think of a company that I’ve invested in where that hasn’t been the case.”

The unwavering respect Edel has for startup founders on the whole certainly helps when building up a rapport with companies she’s interested in investing in. “It’s not the chosen profession for a lot of people,” she says. “My personal mission in life is to have a positive impact, and this role enables me to do that. [I] have the privilege of rolling up my sleeves and helping.”

And the work doesn’t stop once she’s left Draper’s office for the day. Edel is always on the hunt to meet more founders and more businesses, and not just those that fit the typical expectations of what a startup is, how it should act or what its founders look like. When the opportunity to become an ambassador for Huckletree D2 came about, she was keen to meet and mentor our members.

“We’ve chatted about my thoughts on the ecosystem in Ireland and how important it is to me,” she concludes. “It’s good for people like me, for investors and others in the ecosystem to get out there and be helpful. [Being an ambassador] helps me do it in a meaningful way ─ not just one founder at a time. This is a way for me to put my money where my mouth is.”