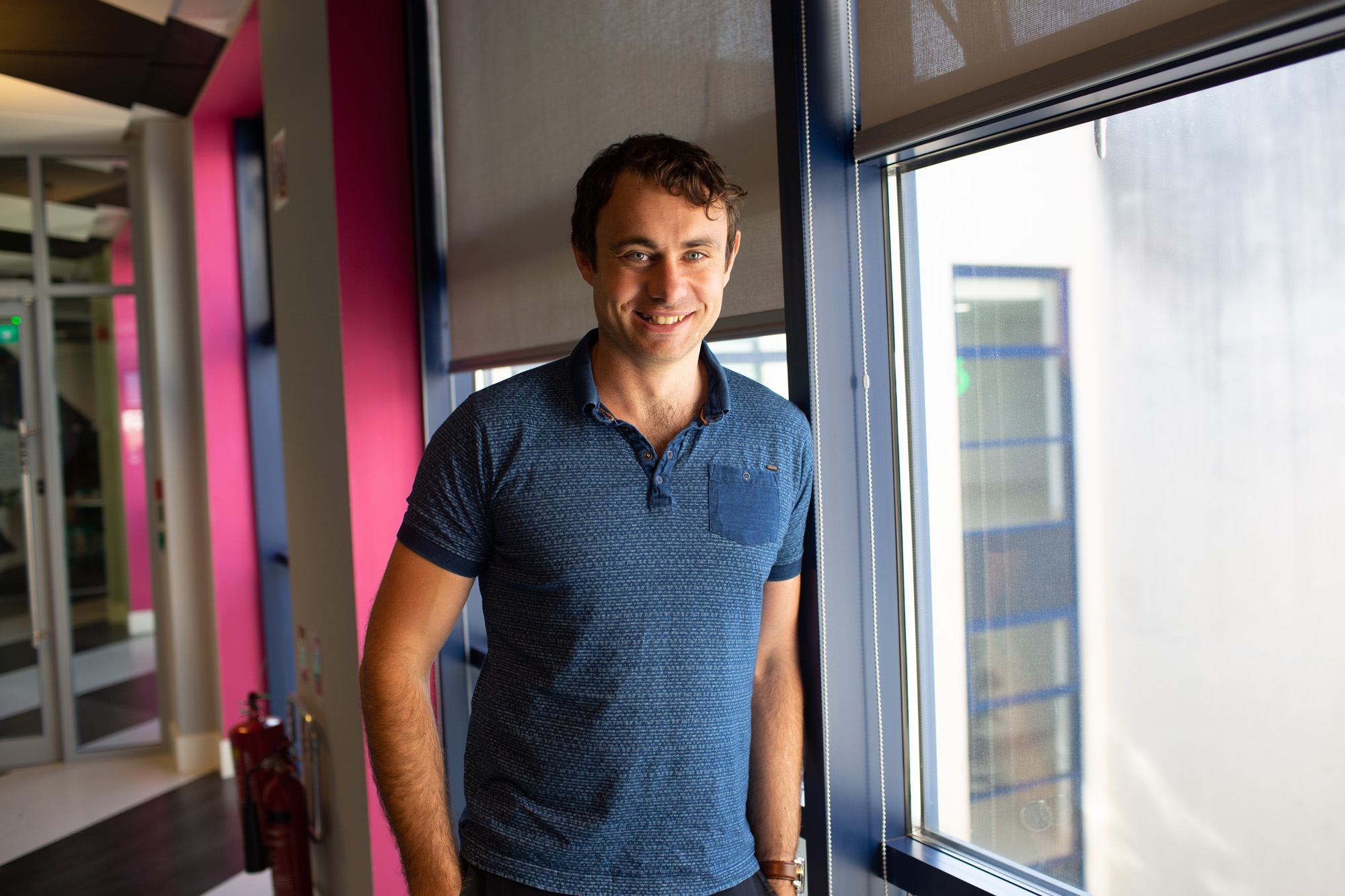 In the third of our Braver Together stories, Richard Murphy, founder of Zevo Health, tells us why founders need to build emotional resilience ─ and ask for help.

Want to take a step outside the norm? Start a business.

It’s a wild and courageous thing to do ─ and the types of people that are attracted to this mammoth mission more often than not don’t exactly fit the mould. They are tenacious, experimental and untiring. Often they’ve struggled to get on with the world of corporate nine-to-five, too desperate to get out there and change the world.

But there’s a troubling side to this entrepreneurial streak, too. As one of a rare breed, founders often feel lonely. Their vocation takes them away from the conventional world of work that their friends and family inhabit, while their world-changing missions keep them awake at night. Literally: 68% of startup founders say they struggle with their sleep.

At Huckletree we believe that changing the world isn’t something that can be best done alone. For founders to not only survive but thrive, it’s essential for all aspects of our community to come together, share their ups and downs, and work together to build a better future.

Huckletree D2 member Richard Murphy is a passionate believer in the power of community.

By the time he’d joined us at Huckletree, he already had a few different careers under his belt. First he worked in construction (an industry that has its own challenges when it comes to mental health), as a quantity surveyor, a role that took him all the way out to Melbourne. By the time he returned to Dublin in 2015, he’d decided to retrain as a nutritional advisor, accepting a job at St Patrick’s Mental Health Services to help patients understand how food affects mood. By 2017, he’d decided to strike out on his own, launching Zevo Health.

Today, Zevo provides wellness training for clients ranging from accountancy firm Grant Thornton to tech giant Google. Its aim is to make sure employees are equipped with the emotional tools they need to balance their work and personal lives ─ and make sure they don’t burn out. ‘Employers have a responsibility to create an environment where people are safe and satisfied coming to work,’ Richard explains.

It’s something he’s worked hard to create at Zevo itself, hosting regular team lunches and fostering an environment where asking for help is not only OK, but encouraged and supported. It’s difficult, though, for Richard’s employees to return the favour in the same way, having not walked in the shoes of a startup founder.

‘It’s a lonely role, without a doubt,’ Richard says, and he’s not the only one going through this. In a recent survey, one in two founders said they regularly feel lonely, while 49% say work makes them feel stressed.

For founders who feel this way, finding the courage to speak up can feel almost impossible. But a business can’t thrive unless its founder does too, and Richard says it’s crucial for founders to face up to the emotional challenges of running a business, and find the strength to open up to others.

‘As a leader and a founder you have to be vulnerable ─ because if you’re not vulnerable, then you don’t learn. And it’s OK to not be the best at certain things,’ Richard says. ‘As a founder you might be really good at putting people together in a room and inspiring them. It’s important to accept that people you hire can do a better job on some things than you.’

So forget the #CrushingIt narrative. Stop Getting Shit Done. And seriously, mute anyone who’s posting startup “broems” on social.

Instead, focus on finding your people. Immerse yourself in a community where it truly is alright to talk about your problems, where ‘failure’ isn’t part of the vocabulary and where people are there to support, not compete. ‘The way you build that up is by going to events, meeting people and listening to them talk,’ Richard explains. ‘Community is the most vital thing that will help you achieve what you want to achieve.’

Even at somewhere like Huckletree D2, which is packed with founders going through the ups and downs of building a business, Richard says this requires some effort. ‘A co-working space can [still] be lonely, unless you actively seek out founders and advice. You have to have the mentality that you’re going to use the space to your advantage,’ he says. ‘And it’s been helpful for me. At Huckletree, you come across people from various backgrounds with skill sets that you don’t have.’

By actively reaching out within D2’s four walls, Richard says he’s workshopped procurement processes, found new ideas for how to market Zevo’s services and even got some legal advice from other founders. ‘I’ve sat down with a lot of people who are out taking their companies in the right direction.’

‘Founders can go through peaks and troughs,’ Richard admits. ‘Your enthusiasm for certain things can dip, especially if work is going slowly and you’re waiting for things to happen. You start to think, is this the worst case scenario I feared?’

These are the moments, Richard says, when it’s crucial to reach out to others. Someone in your network may have been through what you’re going through ─ or know someone else who has. And even if they can’t tell you what to do, just talking it through could be enough to get you looking at the bigger picture.

‘Once you build your vulnerability, you build your resilience, and from a mental health point of view you become stronger,’ Richard concludes. ‘There are a lot of people out there who can give you advice ─ and they’re more than willing. You just need to put your hand up.’