Gender Identity and Allyship In The Workplace 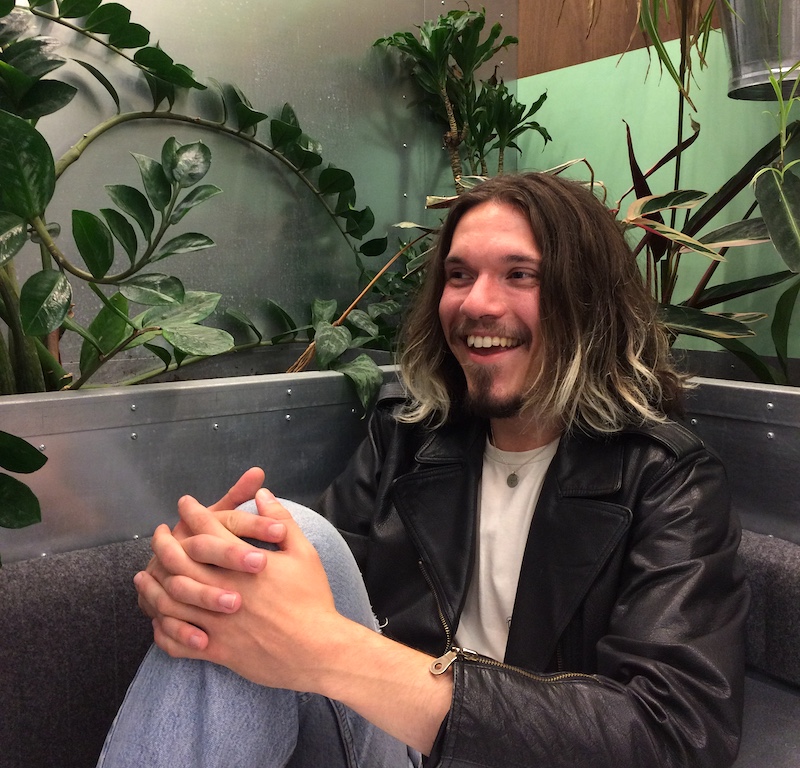 Pride isn’t just one month of the year. Transgender, gender fluid and non-binary people face misgendering, lack of awareness or support and often hostility in the workplace. We believe it’s vital to champion and celebrate those voices within our community.

Kieran, Membership Manager at Huckletree Shoreditch, is a vocal champion for gender identity both in Team Huckletree, and their East London Hub. After their Stay Home Sounds non-binary beats takeover sparked a wider conversation about pronouns in the workplace, I caught up with them to learn more about their identity, life at Huckletree and how we can all be better allies. Top tip: assumptions are cancelled.

How do you define yourself?

“I’m Pangender, meaning I see gender as a spectrum. My gender encompasses the entirety of the gender spectrum and I feel free to move in that spectrum at any one given time (non-static). I prefer ‘he/she/they’ – if you’re writing a letter to me, use Mx.”

Have you felt able to share your chosen pronouns at Huckletree – and if so, what made you feel comfortable to do so?

“At Huckletree, I have met some of the most diverse people in my life. I have been a part of so many fantastic conversations that are pushing the boundaries of equality and breaking down cultural borders. I have felt comfortable to be completely open, and celebrate my gender identity. From the diverse events we host/affiliate with that tackle important topics including “Women in Tech”, “Series Q” and “BAME in Games”, I have felt space created for voices to be heard and taken seriously.

The diversity in our community hubs plays a huge role in being able to bring my whole self to work. Our members come from such different walks of life, different backgrounds, and different industries. I’ve broken bread with sex health companies, Gov tech, developers, photographers, creatives and innovation corporates, all in the same room and what brings them together is their modern thinking and liberal mindset. Everyone is welcome at the table – only together we can move the cultural needle.”

Why is it important for businesses to create environments where team members’ pronouns are used correctly, and gender identity is paramount to People provisions?

“Businesses must write it into their constitution. Don’t leave anything ‘up in the air’ because what might be culturally obvious to a senior teammate might not be to another, and vice versa. These conversations trickle down AND bubble up. If you’re not allowing your team to bring 100% of themselves to work, you’re denying them their identity and also stunting their work.

For me to do my job well, I need to be me. My uniqueness is what makes me great, and you can’t pick and choose what parts of me you want. ‘I’ is the whole.

Don’t ring-fence your culture by not including those people. Innovation and company resilience is born out of having diversity in the board meetings, the brainstorms and design sprints. Lastly, people don’t do business with toxic masculinity.”

What’s the one piece of advice you’d share with people who want to support their teammates – or who are afraid they’ll get it wrong/offend unintentionally? How can we all be better allies?

“You’re reading this, which means you’re on your way and I consider you an ally already. None of us gets it right all of the time and I think we all know there’s a lot of work to be done across the board when it comes to diversity and inclusion. Here are my personal top tips for gender inclusion: