Lean out: How Hayley Sudbury is carving new paths for diverse talent 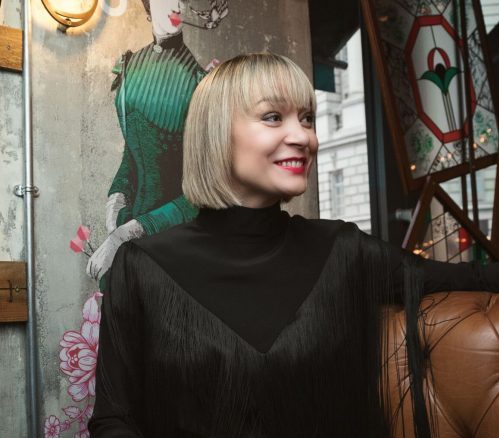 What happens when you go to work, only to find there’s no one else like you in the room?

For Hayley Sudbury, founder of Werkin and a new Huckletree Shoreditch member, this was exactly the situation she encountered on the daily while working in the finance industry.

She’s got an impressive CV behind her, with stints at ANZ (Australia and New Zealand Banking Group) and the prestigious Barclays under her belt. But despite achieving what would be many people’s idea of success, for Hayley it didn’t quite feel right. As a gay woman, she struggled to find role models like her in the banking industry as a whole. “It isn’t great to be in a place where you can’t see a version of yourself,” she says. “There was no one who wasn’t living the traditional heteronormative lifestyle.”

So, fed up of having to lean in and adapt to an industry led mostly by men, she left in 2010. The plan was to spend some time figuring out what a fulfilling working life could look like ─ a journey that involved a few detours, from a gun for hire consulting on organisational performance to curated social experiences. By 2014, she settled on the ambitious goal of “changing the mix of who’s running global organisations”, inspired by her experience in the finance industry, and founded mentor matchmaking company Werkin with user experience architect Angella Newell.

The feeling of being the odd one out at work ─ whether you are neurodiverse, queer or the only person of colour in the office ─ can be a stressful experience.

As Maura Cheeks describes it in her essay, The Psychic Stress of Being the Only Black Woman at Work: “Being black and female in the workplace means constantly having to walk a tightrope, balancing your own emotions with the perceptions and intentions of others, making everyone feel comfortable, instead of nervous, in the process.”

In other words, it’s exhausting. And being exhausted doesn’t help people to be their best selves, or do their best work. It can even make it harder to turn colleagues ─ the people we socialise with day in, day out ─ into friends. “Often people do get a sense that you’re hiding something,” Hayley explains. “That you’re looking for another job, or that there’s something hanging over you.”

According to non-profit organisation Catalyst, almost half of LGBTQ workers in the US haven’t come out to their colleagues because they’re worried about how they’ll react ─ and no wonder, when 59% of the non-LGBTQ workers Catalyst surveyed shockingly describe it as “unprofessional” to discuss sexuality in the workplace.

One of the biggest challenges when it comes to creating truly diverse workplaces is the fact that leaders tend to hire and mentor people that remind them of themselves. As a result, opportunities are often handed out disproportionately to those who already hold the power in our societies compared to other groups.

So when business leaders talk about “pipeline” problems when it comes to getting diverse talent into the senior ranks, arguing that these groups are essentially giving up on their journey to the top, that’s bullshit. The problem comes from the top. According to the Center for Talent Innovation, 71% of executives have proteges whose gender and race match their own. Research from The Working Mother Research Institute recently showed that while 54% of men had discussed their careers with a mentor or sponsor in the past two years, just 39% of women could say the same.

“The key thing that helps you accelerate your career is having people who’ve got your back ─ not just mentors, but people who act as sponsors and do things to open the doors and facilitate connections for you, which allow you to move up into senior positions,” Hayley explains. “What was so goddamn obvious was that there wasn’t enough of this happening for women generally.”

Turning mentoring on its head

Hayley’s solution, brought to life via Werkin, is to create equal access to mentoring opportunities, using technology to match talent up to senior mentors who can advocate for their career progression. In other words, she’s asking: “How do we start changing who has opportunities?”

Werkin now partners with some of the largest organisations in the UK and the US and a global partnership with EY has also opened up Asia for them as of summer this year.  What connects them all, she says, is a willingness to challenge the way they have been nurturing talent. “The reality is we need to do different things to get different outcomes,” she says. “In the UK, a large proportion of the companies that have gender pay gaps talk about using mentoring and sponsorship to help close it. I want to help them.”

The difficult thing will be getting those in positions of leadership to make an active effort to understand the experiences of those with different backgrounds. Reverse mentoring, Hayley says, is key to achieving this. “It builds empathy and understanding if you can sit down with someone [and learn about their experience]. It’s not about doing an online course and ticking a few boxes ─ it’s very much about people sharing their experiences in a very human way.”

With reverse mentoring, the usual format of a sage advisor taking a junior employee under their wing is flipped, giving the less senior staff member a chance to educate their senior colleagues on what it’s like to walk in their shoes. As the relationship develops, their senior colleague can not only provide career advice, but actually push for meaningful change within the wider organisation. When financial services company Pershing tried out a reverse mentoring programme, with the aim of improving the experience of young people in its organisation, it experienced a 96% retention rate among the 77 millennials that took part.

“We do now have a better visibility of role models and that’s so important in every industry ─ [to see that] it doesn’t matter who you are, who you love and what your background is, you can succeed,” Hayley concludes. “We know that people are more productive in these environments, and it just allows us to be better human beings when we can get all this stuff right, you know?”