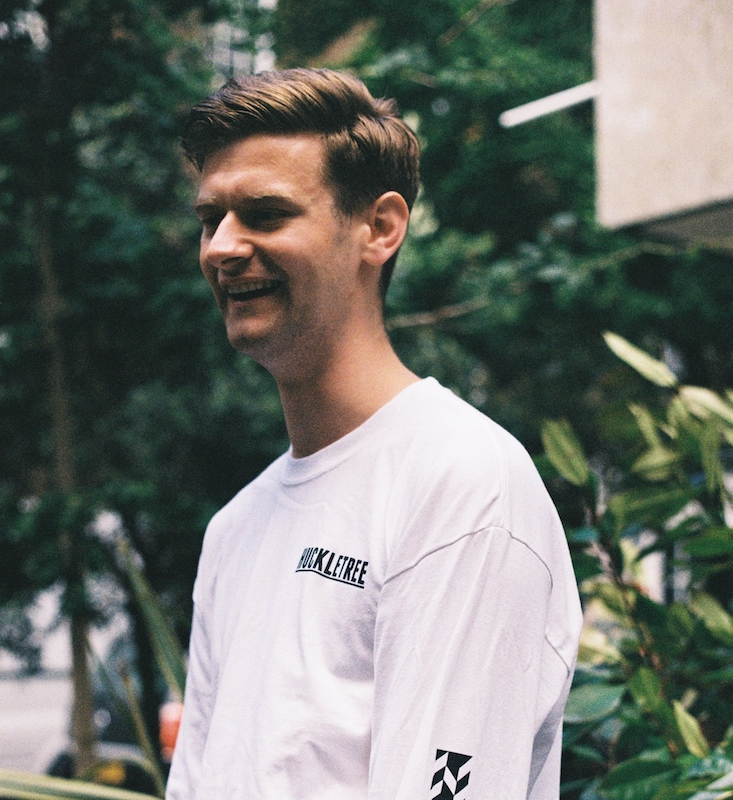 Why are millennials ‘job-hopping’? A 2018 Deloitte study saw 43% intend to stay in jobs for two years or less… and it’s up to employers to find their culture sweet spot, growth opportunities and benefits package to keep hiring and holding onto talent.

As Huckletree continues to grow, we want to grow every single team member to be able to grow alongside us, especially given the massively competitive job market out there. That’s why your three year anniversary at Huckletree is celebrated as a real milestone. It’s testament to your commitment to our vision… and makes you eligible for a very special benefit – one month’s sabbatical, fully paid.

In 2019, Louis Evans became the very first member of Team Huckletree to hit his three year anniversary. Starting at Huckletree Shoreditch as a Community Intern back in 2016, he moved his way up into an analytical role as Growth Associate, supporting Sales, Marketing and Community teams with key data. Freshly returned from his sabbatical, he’s starting off 2020 in a brand new role: Insights Manager at Huckletree Head Office. Perfect timing to reflect on his journey, the role of perks in retaining talent and the changing state of coworking…

On how his Huckletree career has evolved
“At the beginning, I was mainly attracted to the intern role at Huckletree Shoreditch as it meant I could try a little bit of everything, and let me figure out what I enjoyed in my day-to-day. After some time, we realised my work is best placed trying to understand data and trends we can highlight to predict Huckletree’s goals and growth. So, as we’ve grown, we’ve continued to make everything measurable which has enabled me to get my hands on different parts of the business.”

On the most valuable lesson he’s learned along the way
“Know your members. Listen to your members. Because of the nature of what Huckletree is, it means we get to be around our members every day. And so, much of what we’ve built has been off the back of understanding the needs of the people we’ve been building it for. Just by talking, listening and understanding. It’s been incredible to see Huckletree grow from 7 to 77 team members in such a quick time, but keeping sight of what made everything feel positive when I was working in Huckletree Shoreditch helps me to fully understand and sympathize with our members’ needs.”

On how the coworking industry has evolved
“We can’t build communities for the masses anymore. If the space lacks an identity from the inside then you can never create that feeling of vibrancy. Niches are now driven by more than just flexible workspace; they’re driven by identity and more than anything, a sense of belonging. Maintaining and nurturing that feeling of community is difficult to do at mass, and that’s one of the main drivers that brings people to us and (hopefully) keeps them here too. I believe we’re building something that nurtures that emotion. I think we recognised that early on in the day of Huckletree Shoreditch, and hence why Huckletree West’s provided a specific home to Digital Lifestyle companies.”

On hiring (and keeping) the right talent
“Being creative with company benefits is a really clever way of cutting through noise and drawing the attention of talent you really want. For example, our Curiosity Budget helps us find the curious minds we often are looking to hire. I remember when we were having our first meetings surrounding team culture and benefits back in the very early days at Huckletree. When a fully paid sabbatical at three years was mentioned, it felt like it was a long way away but a massively exciting prospect. Along with the other benefits we offer, this one really was the cherry on-top. I can’t wait to see what happens next year when a few of the other guys hit their third year.”

On the most memorable moment of his sabbatical
“We did the East Coast of the US; and went through Massachusetts, Vermont, New Hampshire and Maine. I then had planned to work on a few projects back in the UK but ended up booking a last minute trip to Tokyo and Kyoto via Bangkok (which was obviously very mad). I hadn’t really spent much time away from School, University or Work, so being given the space and time to be able to go to either corner of the earth was amazing.

A truly memorable moment was when we drove 5 hours in terrible rain up the coast of Maine to go to Acadia National Park. When we got to the very top of the Cadillac Mountains – where there’s meant to be an incredible panoramic view of the National Park (Google it) – we couldn’t even see each other it was so misty.”

Now he’s returned, which team member would he like to learn more from?
“Avee, Membership Manager in Huckletree West. It’s like she has 36 hours in her day, the amount of work she manages to get done is unreal – and all of it with positivity and genuine enthusiasm. I’d like to learn how she keeps it all under control when she’s managing the needs of 500 people in West; although I don’t think you can teach that, it’s inherent.”

On advice for new Huckletree hires
“Try it all, but most of all, try. My time in the Huckletree Shoreditch community team was amazing, every day we would be working on something new as we all understood what Huckletree actually was. Seeing and understanding the different sides of Huckletree as I moved around now means I feel I know the product as well as anyone. And that’s mostly/accidentally come from seeing and trying everything that we do.”

Team Huckletree is hiring in London, Manchester, Dublin and Oslo. Check out our open roles here.