How Do We Make Funding More Diverse? 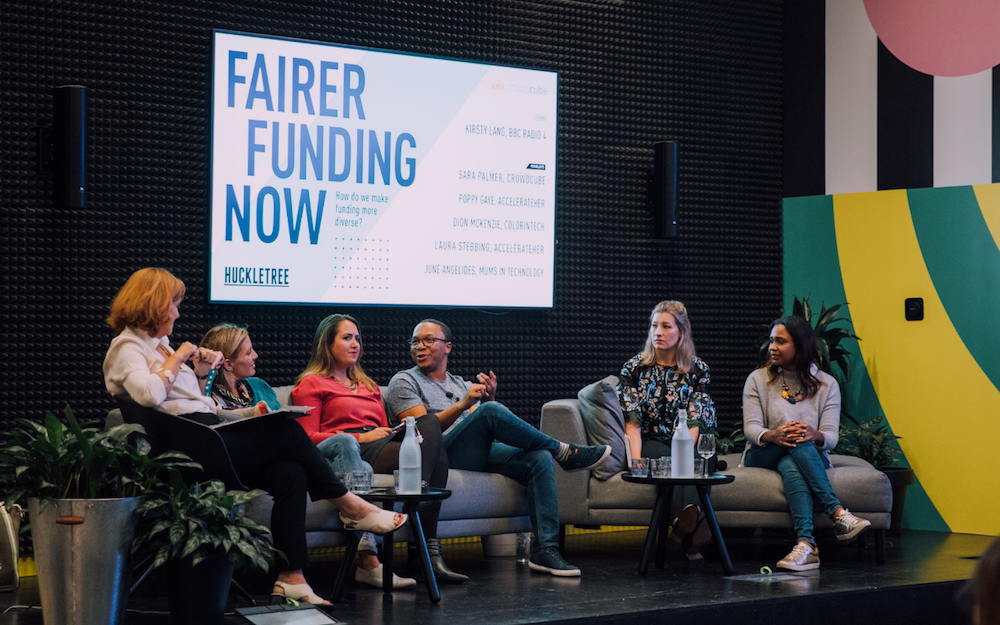 Our campaign Fairer Funding Now calls for increased diversity in startups receiving investment, sparked by our report into the state of funding in the UK and Ireland. Startup founders, future founders and supporters all came together this week at Huckletree West. The agenda? To explore the obstacles facing entrepreneurs and answer the important question: how can we kickstart change?

From representation to increasing diversity at a senior level, here’s a roundup from the discussion:

THE OBSTACLE: LACK OF DIVERSE VCS

According to 2017 Diversity VC report, only 13% of UK VC decision makers are women.

Co-Founder of nonprofit Colorintech, Dion McKenzie is dedicated to making Europe the most inclusive tech hub in the world. Their work includes giving students access to leading companies, helping budding entrepreneurs build their networks and companies to embrace inclusion. Having worked on ‘the dark side’ as a VC in Silicon Valley, he highlighted the need for greater inclusivity beyond entry-level roles:

“VCs are not getting enough ethnic minorities or women in and they’re not progressing to partner – that’s where decisions happen.”

Founders seeking funding for businesses outside of the coveted realm of fintech sometimes struggle to secure investment. A more diverse range of perspectives at the table is far more likely to see the value in non-typical businesses. As Mums in Technology Founder June stated:
“Do we have the confidence to ask and confidence in the room that we’ll be listened to? We need more women VCs in the room. We need more people willing to take the leap and sign the cheques.”

Recounting incidences where female founders were asked if they were going to have a baby or to come back with a male co-founder, Dion gave a rallying call to founders to stand firm in the face of discriminatory behaviour from VCs:


“Find the right investors! Don’t accept that and have a line you’re not willing to cross.”

Those right investors are out there. Backstage Capital not only invests in businesses helmed by People of Colour, women and LGBTQ+ founders, but runs an accelerator programme supporting underrepresented founders. On the other side of the coin, London-based Diversity VC is working to remove bias and encourage more women to enter the venture capital industry.

Change is happening at the tech giants, too. Amongst others, lifestyle app Bumble has launched an early-stage investment fund aimed at diverse, female entrepreneurs. They’re also identifying potential investees via its own business networking platform, Bumble Bizz. Time to get swiping… 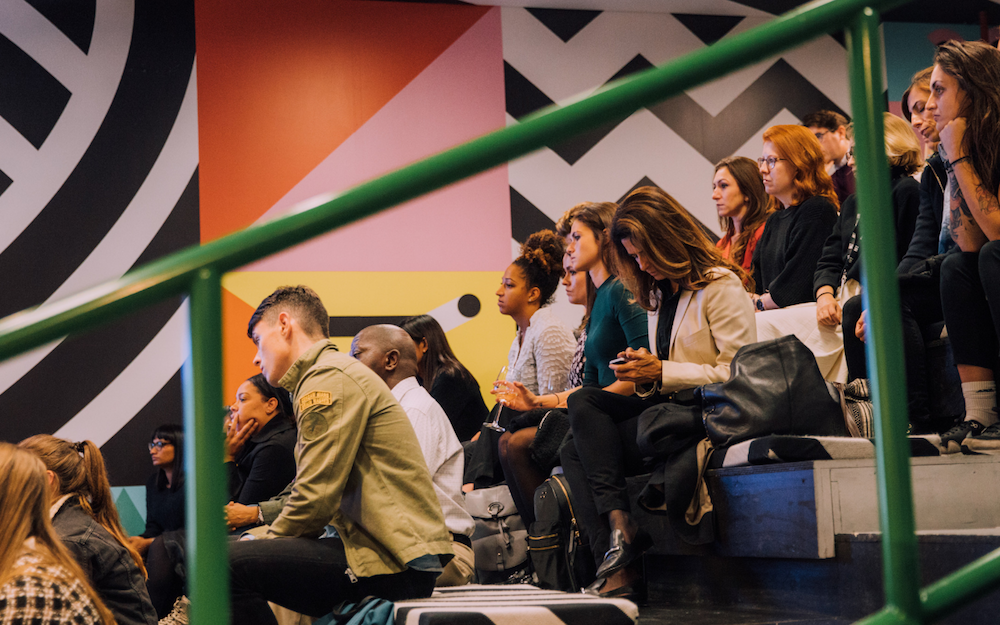 Imposter syndrome: the secret belief that you’re not as competent as people might believe, accompanied by the creeping dread that you’ll soon be found out.

As highlighted by Huckletree Membership Manager Meetra in her recent perspective piece, this psychological phenomenon has a real impact on founders’ self-belief. Our panel touched on its particularly crippling effect on female founders, especially how it affects the amount of money they request from investors.

Central to imposter syndrome is a lack of representation. June Angelides emphasised the importance of visible role models within the ecosystem:
“When Beauty Stack Founder Sharmadean Reid raised £1million, it was a big moment: this black female founder has done it – there’s space for us!”


“It’s difficult for people who don’t see someone like themselves, that’s why role models and case studies are so important.

Female entrepreneurs are more likely to drop out before launching their crowdfunding campaign as they’re scared it won’t work.”

A lack of representation has major impact, with little visibility of high profile BAME or female talent sometimes equated as a lack of that talent existing. Accelerate-HER Co-Founder Laura Stebbing punctured the oft-heard cry from VCs that they ‘can’t find female founders’ with a blunt, but pitch perfect response:
“Broaden your network.”

Born out of Founders Forum, Accelerate-HER is on a mission to champion and support women technology and break down barriers stopping women from entering the sector. Reflecting on the barriers facing female founders, Laura continued with a sobering thought:


“We’re entering the fourth industrial revolution and women are massively being left behind.”

Discrimination in the fundraising process, intentional or otherwise, is holding back founders who don’t fit the ‘white public school boy’ stereotype, as Dion revealed:
“For BAME founders, you might hear that your university isn’t good enough. Startup literacy is a big thing, too. If you’re not embedded in that career track, you might not know the terms used.”

Preconceptions about ‘distractions’ such as parental duties continue to follow female founders, though as Accelerate-HER Co-Founder Poppy Gaye states:

“Founding teams led by women outperform by 63%. There is no logical reason not to invest in female-led or co-founded companies.”

Within the tech industry, the drive for greater inclusion has sometimes been pigeonholed as an issue only for those who identify as female. Laura counteracted this with a trademark one-liner:

“It’s not a women problem. It’s a societal problem if we don’t get it right.”

It’s a powerful message: we should all be actively engaged in creating fairer opportunities for all founders. As consumers, we benefit from more exciting products on the market. As passionate early adopters, we benefit from a greater wave of diverse talent in the tech ecosystem.

It’s time for everyone to call for Fairer Funding Now – are you ready to join us?

Want to be first to hear about future events at Huckletree? Sign up for our monthly newsletter.