Immersive Tech & The Future of Storytelling 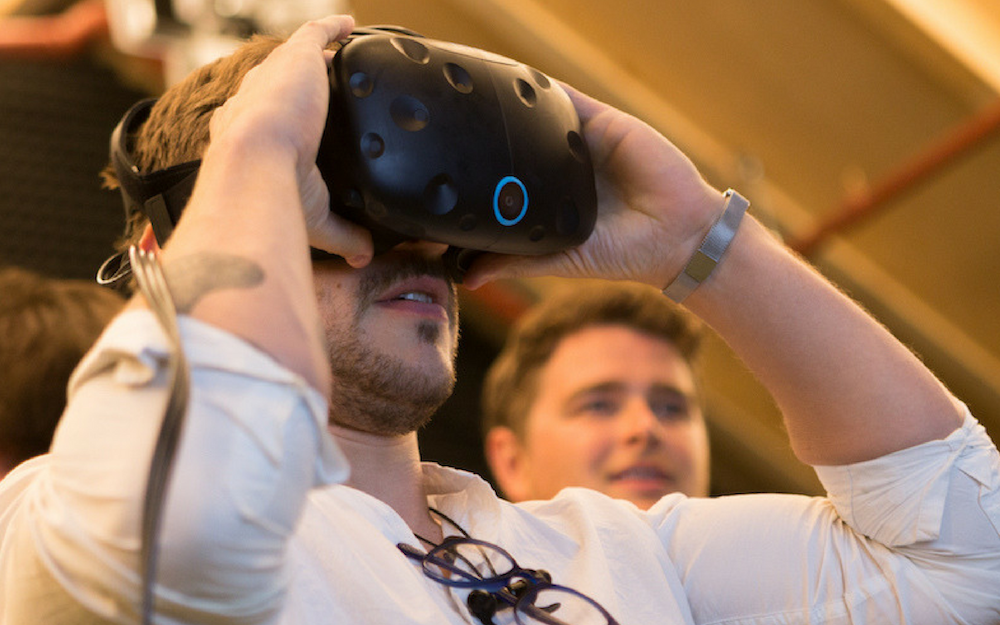 Look up. Hazy wisps of cloud drift across ombre pink and purple skies above you. Using just your gaze, roll a hexagonal ball through a labyrinth of crystalline rock, studded with undulating flora and fauna. Welcome to the dreamy, sci-fi inspired world of Arca’s Path…

The beautiful next wave of immersive tech storytelling, it was developed by Huckletree West members Dream Reality Interactive and showcased at our first ever Future Tech Takeover last week. On a balmy summer’s evening, VR/AR enthusiasts gathered at our White City space to try it ahead of launch alongside other reality-bending experiences.

The night kicked off with an expert panel of creatives and developers debating the impact of immersive tech on storytelling. From the rise of shared experiences to VR sharks attacking grandmothers, here are the highlights. 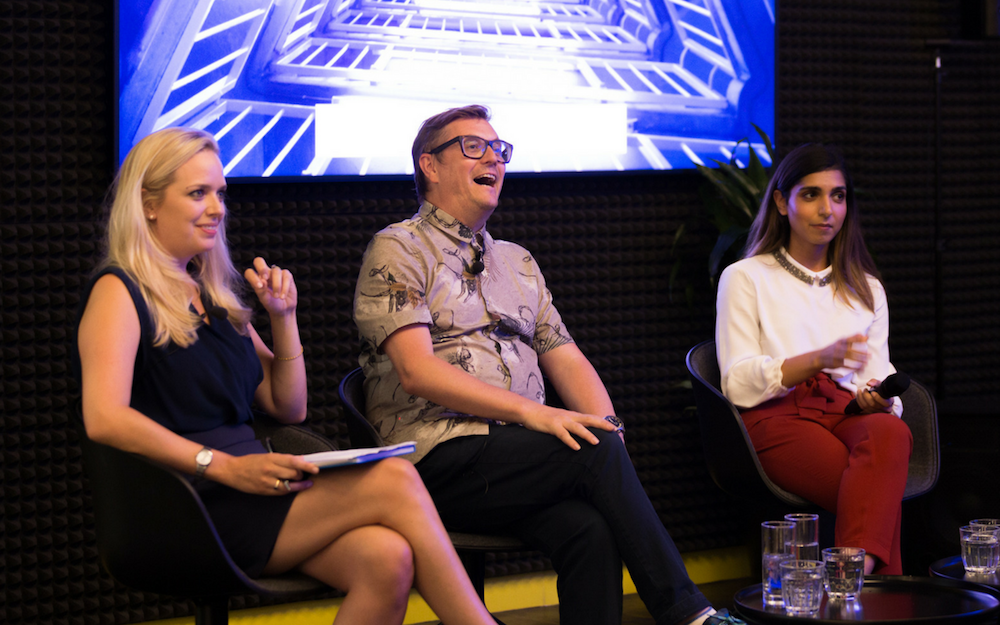 In his 2015 TED Talk, filmmaker Chris Milk famously made the case for VR as the ‘ultimate empathy machine’. Tech-loving News UK Editor and moderator for the night, Hannah Prevett, grilled our panel for their personal takes on Milk’s theory.

Dream Reality Interactive Founder and CEO, Dave Ranyard, reflected on the groundbreaking opportunities presented by the shift from traditional storytelling. Referencing Harold Lloyd hanging from a clock face in 1923 film Safety Now!, he explored the new perspective VR offers: “The empathy is fundamentally inside – it’s to do with our own self-preservation. That’s why it’s so exciting, it’s new to tell stories in that way. You’ve got to work out how to tell that story when it’s not a script where you’re watching other people.”

Graham Breen, Head of Content Europe at HTC Vive, confirmed the increasing appeal of immersive tech in the creative industries: “We’re seeing even more consumer-facing content and the ability to create an emotional connection. Storytellers who previously have been confined to film are getting engaged with VR.” You can transfer in windows with shareit app for pc as SHAREit is a cross platform sharing instrument that requires no cellular data. It is over 200 times faster than Bluetooth. Share the photographs, videos, audios and documents of any formats together with friends and family anytime on your telephone or pc.

Graham highlighted VR mini-documentary experience, Clouds Over Sidra. Produced by the UN with Unicef, it immerses users in The Za’atari refugee camp in Jordan. Upheld by many as proof of VR’s tangible emotional impact, its accompanying crowdfunding campaign far exceeded its goal, with one in six viewers pledging donations – twice the normal rate.

It’s not all collection boxes and warm fuzzy feelings, though.

Arfa Rehman, Co-Founder of Virtue VR, raised the niggling thought that persistently accompanies social-cause content. One of the creators of LookBack VR, the world’s first platform providing virtual reality experiences for the elderly, she commented:


“VR has an incredible quality of being informative and educational – but no matter how many 360 films I watch about being a refugee, I will never understand what they’re going through. I want us to be careful in how we conduct these things so they don’t become voyeuristic.” 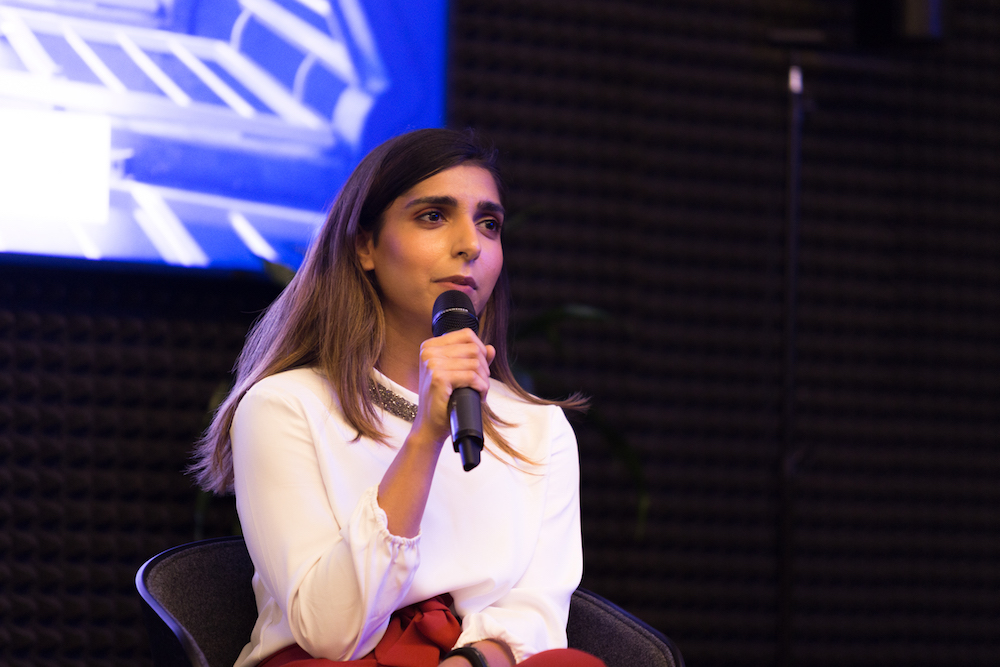 “VR is the opposite of an intimate experience. Whether it’s peer to peer or watching someone using the experience, it’s incredibly social.” Graham’s argument played out before our eyes throughout the Future Tech Takeover, with guests gathering to encourage Beat Saber players and marvel over Hold The World.

Arfa agreed, pointing out the wider impact of Virtue’s work beyond its patients: “Social isolation in older adults is something we want to address. We’ve seen the capability to bring people together. VR is a generational divide-bridger – you can enjoy it if you’re 9, 90 or 30 years old.”

Recalling a favourite immersive storytelling experience, Dave recounted an occasion when his son and mother each tried Sony’s The Deep, and discussed their separate, but in a sense shared shark attack experiences all the way home.

“We’ve only really scratched the surface of that. Earlier this year I went to see, Chris (Milk)’s great piece, Life of Us. Two people start off as amoebas going through evolution and you end up as a dancing robot. Because you’re playing with someone else, that connection is cool and really works. At the moment, because the market size is relatively small, you don’t get the online concurrency to do that.

“When the market gets big enough to be there with other people, that’s going to make a huge difference. Sharing those experiences with people in real time has so much value.” 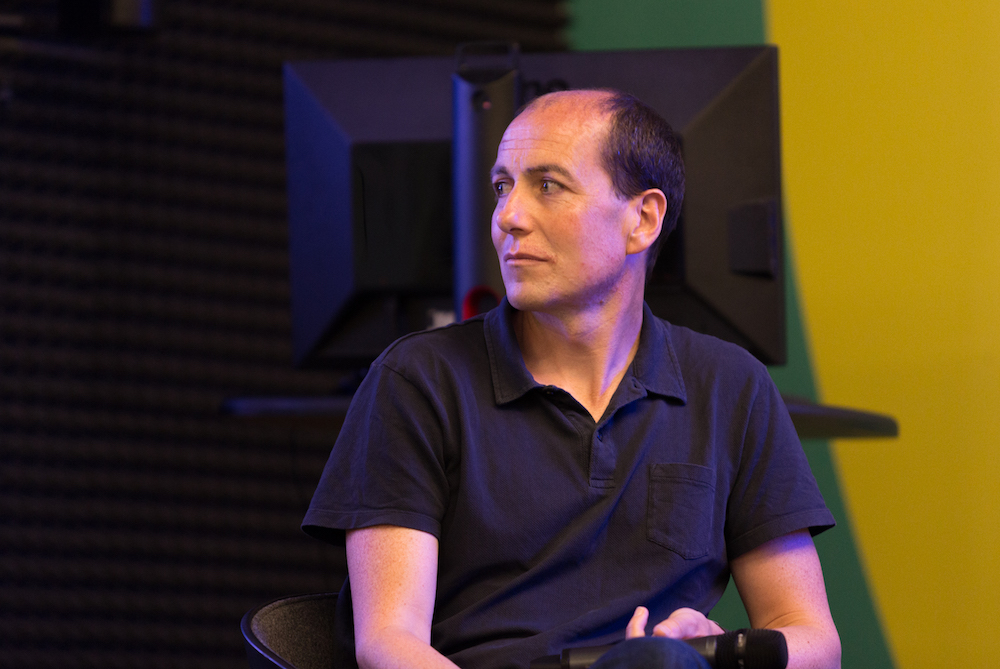 As the discussion evolved, a recurring theme emerged: immersive storytelling’s power to engage those who aren’t traditional VR/AR advocates.

Musing on the growing potential to reach a wider audience beyond diehard fans, Dave championed the rise of moderately priced standalone headsets: “There’s a lot less friction than with a PC setup. Even now for a fairly good setup, you need an expensive PC and Windows will probably update when you turn it on! Whereas having something you simply put on, switch on and play will change the market. They’re getting into Christmas present territory.”

Sharing an insight into Virtue’s customer base, Arfa highlighted the varied audience consuming their content: “We have to think about user needs and for us, it’s multiple users. We create content for someone who has dementia, but it will be used and administered by their carer. We think about how that content is delivered beyond the platform itself: how do you make it usable, easy and add more to the experience if you’re thinking about more than just what people are seeing?”

Virtue’s reminiscence therapy is a more accessible version of much-publicised Dementia Villages which feature period homes and controlled environments allowing patients to be mobile and explore memories as therapy. Graham noted, “VR allows you to go where you physically can’t be. In dementia treatment, you could go to a model village but that’s not a scalable solution. With immersive tech, it allows you to do that whether you’re in Stockholm or Melbourne.”

The message? Immersive storytelling is for everyone. Reflecting on initial skepticism towards elderly people’s enthusiasm for VR, Arfa left us with an inspiring vision for the future:

“We think it’s not up to us to decide whether a certain social group wants to use the tech or not, it’s up to them. We create it with their needs in mind and they want to use it.”