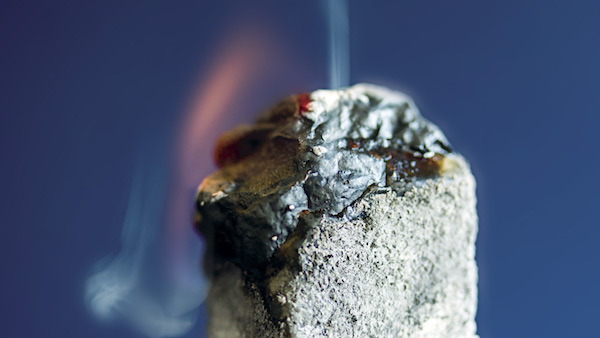 Vassili Philippov, Huckletree Shoreditch member and founder of MEL Science, has a trick he likes to crack out during meetings.

He’ll whip out his business card with one hand, hold a lighter in the other, and set the flame to the back of the card. Instead of going up in flames, the heat transforms a collection of zeros under his job title into his phone number. No matter how old you are, it’s a pretty neat trick. But it’s not witchcraft; it’s simple old science.

MEL Science is all about inspiring that same sort of wonder in kids, pairing hands-on science experiments (which are posted out monthly to subscribers) with virtual reality.

MEL is part of London’s burgeoning ‘edtech’ sector, which is blowing up right now thanks to exciting startups such as MEL, Mrs Wordsmith (which is reinventing the dictionary), Kano (which makes coding kits) and others. It’s estimated the industry will be worth £129bn by 2020, and schools are currently spending nearly £1m a year tricking out their classrooms with new tech.

Not so old school

The reason behind this boom is nothing new. Kids are getting bored at school. Plus, these days teachers are ferociously competing with screens for attention. Ofcom says that today 35% of 8-11 year olds have their own smartphone, while 47% own a tablet. And let’s be real: most kids would rather play games than memorise the periodic table.

That’s the problem Vassili, a real-deal science lover with a degree in quantum field theory, wants to fix. ‘[Making kids memorise facts] is a very bad way of teaching. Go onto the street and ask an average person what he or she remembers about chemistry. It’s probably close to zero.’ Besides, everything’s just a Google away these days. No need to remember.

Instead of teaching chemical formulas by rote, Vassili reckons getting kids stuck into actually mixing the chemicals themselves is a far more effective learning technique. MEL also supplies Google Cardboard devices which turn into VR headsets by adding a smartphone, allowing kids shrink themselves down to the size of an atom so they can play catch with electrons. Way cooler than reading a textbook.

There’s been plenty of trial and error along the way, though. As the business approaches its fifth birthday, we asked Vassili to share the secrets of MEL’s success.

Everything takes longer than expected. Manufacturing, hiring, fundraising: all of it.

This is difficult, Vassili says, because “entrepreneurs are very optimistic in their nature”.

But when it comes to scaling a business, patience really is a virtue. Hiring the wrong person can kill a company, and training up manufacturers to make your products exactly the way you want them is worth it.

This rule is particularly true for fundraising. Reckon you can complete a round in six months? Good luck. Vassili says it’s normally closer to nine, and that you should get used to the word “no”. “You have to be thick skinned because you will have a lot of rejection. And if you take it personally, you’ll fail.”

Everything comes on subscription these days: toilet paper, toothpaste, underpants. MEL’s kits, too.

“There are two good things about subscription services. First, you are financially motivated to make a good product. You need customers to stay with you,” Vassili says. “Traditionally when you sell a science toy in a store, people make their decision based on the appearance of the box and the price. When you do a subscription service, you’re motivated financially to make a decent product. Where people do the experiments, succeed, and actually learn something.”

“Second,” Vassili adds, “subscriptions help parents not to forget to spend time on the experiments.”

Anyone who loves a bit of feedback also knows it’s key to making a product or service better as you go along. Like all good scientists, the kids log the results of their experiments in the MEL app. Vassili can see if too many people are getting the same thing wrong, and MEL can get it sorted for next month.

When MEL launched in 2015, it sold directly to parents. In 2017 it started selling to schools too. Both routes have their pros and cons.

“Working with schools is difficult because they’re slow, old, bureaucratic and decisions take time,” Vassili says. “We’re a small company, we want change immediately. That’s what you get in a B2C business. It’s just you and customers.”

So why bother? Because schools are the ultimate way to prove its products work. MEL has so far run two studies to see if kids using its VR lessons do better on their exams. Good news: they definitely do. Now that’s smart business.

The challenges of building an edtech startup.

Why are there so many toilet paper subscription services?