Embrace the pain: talking periods in the workplace 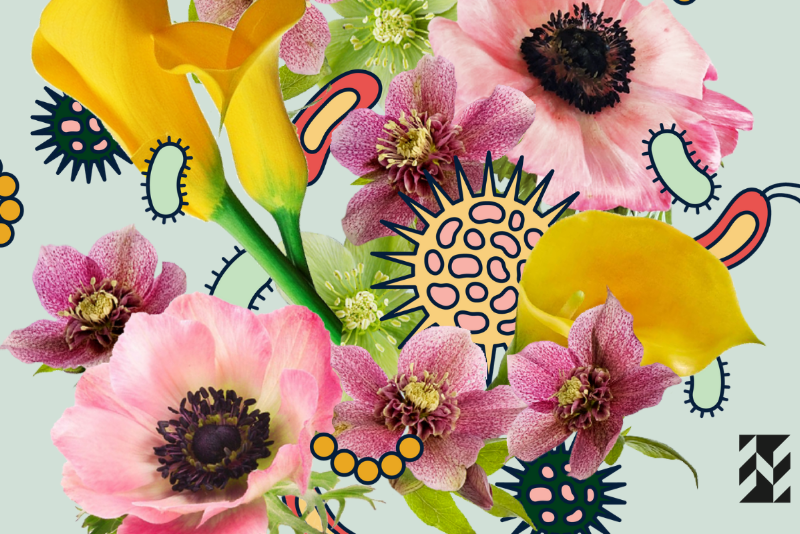 I clearly remember the first time I got a proper telling off at work. I was 17 years old, still at school and working weekends at a cafe in Oxford when my boss pulled me into the office to talk attendance. It was unacceptable, she said, to miss work because my period was too painful.

She didn’t know that on the day I was (in her view) skiving, I was in so much pain I couldn’t even get dressed. When I phoned in my voice obviously hadn’t given away that I was exhausted, shaking and sweating because of what was happening to my body.

My boss made her point loud and clear. When it comes to period pain, “grown up” women suck it up. They don’t show weakness, and they don’t call in sick.

Thirteen years on, and I’ve internalised that to some extent. Today my not-particularly-healthy routine of smashing ibuprofen at the slightest inkling of a menstrual cramp is so well practiced I can get on with business as usual while my pain hums in the background. No complaints.

You probably weren’t expecting to read a period drama on the Huckletree Blog today.

But after attending Wednesday’s HKT Health For Breakfast event hosted by Daye (a female-founded femtech startup that is doing big things), I felt compelled to share. It’s rare that a workplace will openly discuss the issue – despite the fact roughly 47% of the UK workforce has first-hand experience of having a period, making it an obvious consideration for any business that wants to call itself inclusive.

It’s true that periods are becoming less taboo. Just look at tampon startups Ohne, Totm and Flo, who have cut the usual BS when it comes to advertising sanitary products (Ohne’s Instagram feed even features bloody thighs). The introduction of the period emoji in February, too, means there is now a handy shorthand for anyone who wants to chat menses.

But throwing that out in the office group chat would still be pretty awkward.

That’s why what Daye is doing is so exciting. In Autumn, it’ll launch its first product: a cramp-fighting, CBD-infused tampon, sold via subscription and with an accompanying app that tracks its customers’ cycles.

Long term, it has lofty visions of becoming the ultimate R&D company for women’s pain, and has so far raised £5.5m in VC cash to take on this mammoth (and historically underfunded) task. Daye’s founder, Valentina Milanova, is also a force to be reckoned with: she’s a former VC, a master in law and an economics expert. To spread the word, Daye is getting people switched on to the fact that ignoring period pain costs time and money.

The company’s in-house researcher (and fully trained doctor) Harry Baxter explained the productivity aspect to us pretty well on Wednesday. A quick recap:

So, very generally speaking, the first half of the menstrual cycle (which begins with your period) is when productivity slumps: the metabolism and immune system slows, and old favourites bloating and tiredness make an appearance. Networking events, client meetings or just generally being around other human beings can, therefore, feel pretty repellant at this time.

The second half is more upbeat: the metabolism goes up, carb cravings subside, and energy levels peak. Socialising is back on the agenda, and many women also report an increased tolerance for risk.

Daye’s logic is that if everyone understood their own personal menstrual cycle better, they could take advantage of these changes. ‘So you know when is the best time to schedule a board meeting, book a Barry’s Bootcamp session or work from home,’ Valentina said at the end of the event.

Now, this isn’t to say that hormonal changes prevent people from hitting peak performance. And nor does it mean anyone’s working day needs to start with a bold announcement to the office: “I’m on my period!”

Instead, a serious and mature conversation about how workplaces can help staff when symptoms do become unbearable will have the most positive impact.

It’s reckoned period pain is responsible for up to nine days of lost productivity per year for those who menstruate. So how can workplaces be more accommodating?

The first step is really simple: start stocking tampons and pads in the loos, so staff don’t have to make an emergency dash to Boots (Huckletree is already doing this for you). Next, provide safe spaces for employees to discuss any health issues they’re facing (Daye will be back at Huckletree Soho in October if you want to see how it’s done). Finally, start embracing flexible working if you’re not already, and let employees know they’re always welcome to work from home if they can’t face the trip to the office – for whatever reason, cramps included. 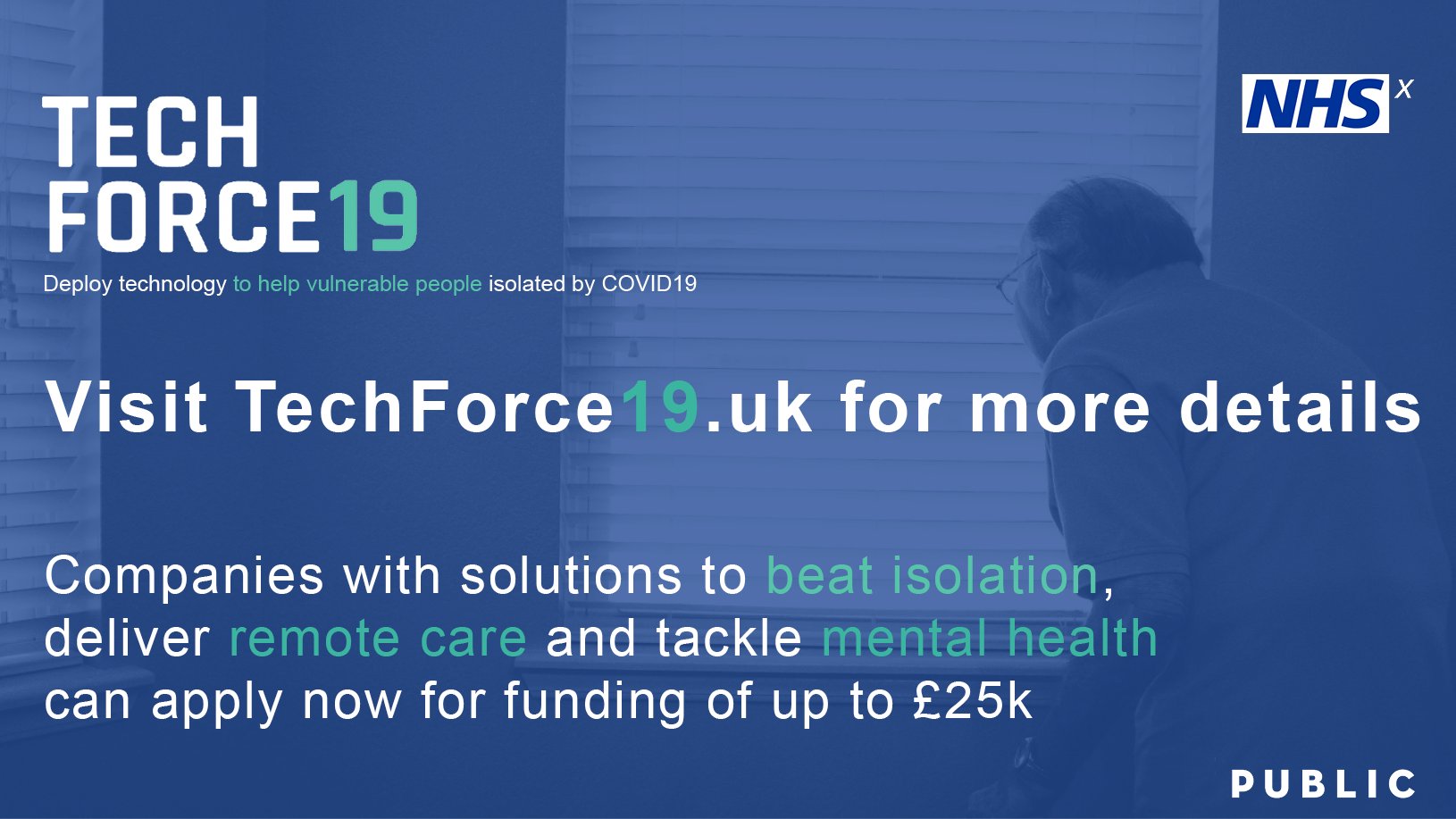 We’re in a brave new world, and at times like these, we believe it’s just as important to focus on the good that can come out of tough times. Across different sectors and industries we’re proud to see our community in London, Manchester, Dubli...

Let’s be real: there’s no magic formula to make working from home 100% foolproof with children (as Professor Rob Kelly memorably demonstrated on BBC news!) - but the right resources can make a big difference. We’ve compiled some of the ways ou... 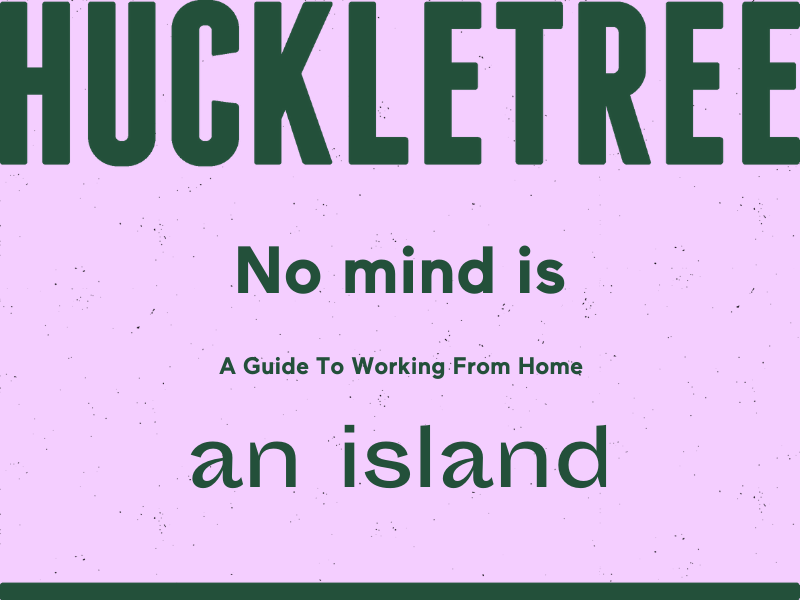 No Mind Is An Island: A Guide To Working From Home

Over the past days, we’ve heard our community’s concerns about self-isolating and the state of work in the near future.We hear you - and we’re here for you. Here’s our guide to making working from home work for you: CLEARLY DEFINE YO...