Save Our Startups: Inside The Campaign 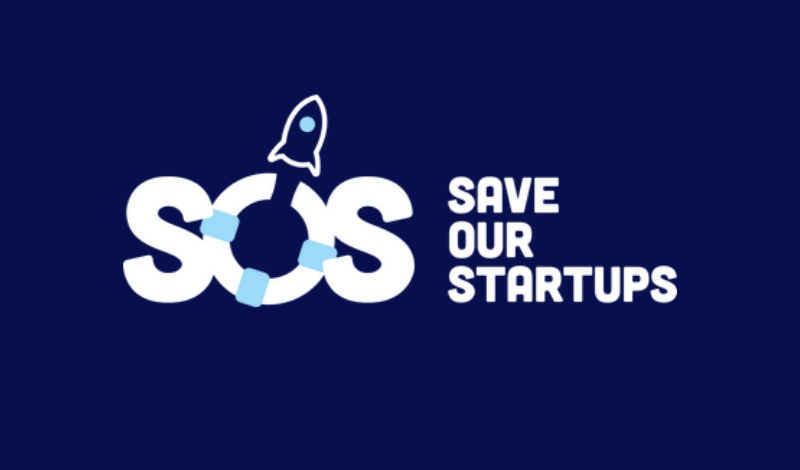 As the implications of COVID-19 loomed over the last three weeks, our Founder and CEO Gaby spent many sleepless nights thinking about how the coming days (and hours) would fundamentally change our business, and that of entrepreneurs all around the world. She’s not alone.

Last Tuesday, as Crowdcube Co-Founder and CMO Luke Lang sat down to craft a Linkedin post, the phrase Save Our Startups stood out on his screen. One week on, that lightbulb moment has become the driving force behind a fully fledged campaign with major tech players as founding partners including Huckletree, wide support from across the ecosystem – and three very clear asks from the government:

Here, Luke and Gaby share an insight into the campaign and why we need startup-specific action from the government:

ON CREATING THE CAMPAIGN

Luke: “Great Britain in my opinion, London in particular, has long been seen as the startup epicenter of the world outside of Silicon Valley. We’re certainly the envy of the rest of Europe. It felt that although over the last decade or more, so much has been done for the startup community in the UK – it’s been so vibrant. I felt that was somewhat under threat from COVID-19 and subsequent inaction from the government at the moment.

In terms of grant funding and R&D tax credits, we’ve certainly seen the Irish government accelerate access to them, and the French and German government commit €6 billion in funding, so I knew there was lots of great stuff happening across Europe – and to me, it felt like here, everything was happening in a disjointed manner.

I was acutely aware as well that startups appeared to be falling between the gaps. A lot of the funding schemes that have been implemented don’t work for early-stage and scaleup businesses because they don’t fit traditional lending criteria. If you’re trying to flex that, it’s never really going to provide the injection the community needs. There was a clear opportunity to pull it all together and write a letter to the government with a very, very clear set of asks and interventions needed to save our startups.”

ON THE CURRENT REALITY FOR FOUNDERS

Luke: “I certainly speak to lots of entrepreneurs and right now every minute seems like an hour for them, as they’re battling to save their businesses… For all the good lobbying happening at the moment, entrepreneurs and founders and chairmen and customers of startups that we all know, love and use didn’t have a platform to have their say. I feel really strongly that Save Our Startups can fill that void and give those entrepreneurs, founders, their suppliers and customers a soapbox to shout and say ‘we need support’. So far we’ve had 4k people sign up to the campaign – and so many organisations from right across the community getting behind it which is brilliant.”

Gaby: “I think most founders around the world today will agree that they’ve never experienced as trying a time as today. Entrepreneurs right now are facing the harsh reality of years of hard work crumbling down in front of their eyes… From our position as one of the players in the middle of the ecosystem, we have front-row seats on how the pandemic is impacting our members, their businesses and our community. It is our obligation and our mission to support them as far as we can – and we believe that partnering with Crowdcube to petition the government for a lifeline package is the best way for us to do so.”

Luke: “If you’re part of the startup ecosystem, you’re an incubator, accelerator, you’ve got your own network of entrepreneurs, sign up and become a support partner. It’s about pushing that message out so that as many people as possible sign the letter, which hopefully will move this up the political agenda and we can get the right action as quickly as possible.

It would be a tragedy if we lost a generation of startups/entrepreneurs or even if the response if delayed and the bounceback is hindered as a result of indecision that would be disappointing. We just want quick, speedy, action.”

Hear from our Founders Gaby and Andrew on why we believe it’s vital to have a lifeboat for all entrepreneurs.