In 2017, only one-in-six startups counted a female founder with this proportion remaining stagnant for the last five years. Securing funding is difficult with female-founded companies raising just 8% at late-stage rounds and 7% of late-stage dollars.

London-based Allbright also had to scrap plans for its female-only crowdfunding project recently as it failed to secure capital. It’s now reinventing itself as a female-only private club.

In fact, women-only workspaces are seeing peaks in demand. All-female NYC coworking space and social club The Wing recently announced plans to expand after little over a year in business to help slash its 3,000-strong waiting list.

Before I delve into the pros and cons of women-only spaces, can I just get one thing off my chest? When conducting my research for this article, a lot of writers seem to focus on the aesthetics of a space and how they appeal to women.

Yes, spaces like The Wing that are decked out with soft furnishings and female-targeted facilities such as a beauty room and free blow drys sound appealing. Understanding and tailoring your space to your target audience is just good business sense.

But let’s not patronise female founders by claiming a fluffy kitten will win them over when choosing a space.

The importance of mentorship and a community

Some 2.5 million women want to launch their own business, which would add more than £10bn to the UK economy by 2020, according to research from YouGov and Facebook.

But one-quarter lack the confidence to get their dreams off the ground. More than two-thirds of respondents could also not identify a single female entrepreneur running a business like the ones they want to set up.

This research is telling a familiar story. A lack of role models and confidence are often identified as common barriers for aspiring female entrepreneurs – and this is where female-only communities can help build networks and businesses.

Women benefit from same-sex spaces in ways men do not. For example, research reveals girls  perform significantly better at GCSE level in an all-female environment, compared to a mixed school environment. However, the difference in performance at all-boys schools is far less pronounced.

Speaking in a statement, Caroline Jordan, president of the Girls’ School Association, said: “Girls can be more confident in themselves, they don’t have to become a particular type of girl, they’re able to relax more.”

But, in the real world, women have to work with men. So, is it really a good idea to exclude half of the population?

Female-focused spaces are another option. Liverpool-based charity The Women’s Organisation provides support and training to women in business, and 80% of its members are female founders. Speaking in a statement, its CEO Maggie O’Carroll, said: “We had independent research done and it showed that spaces that were gender focused — not necessarily gender specific — had a real impact both in number of businesses started, but also in the performance of those businesses.”

“So it’s a women-focused space, but not a women-only space, because women employ men, men employ women — business is business. Our mission is to try and redress the balance and get more women to start and grow businesses,” she added.

A mix of businesses is a vital component to build a vibrant and collaborative coworking community. Female founders Farah Kabir and Sarah Welsh, joined Huckletree’s accelerator, the Alpha Programme to develop their luxury vegan condom company HANX. Welsh said: “It’s the best place in London to work because of the range of talent and the mix of backgrounds that are there compared to other workspaces. People are willing to collaborate.”

“While it’s great to see people want to understand the struggles faced by female founders, we still need diverse backgrounds in our workspaces. As a condom brand that empowers women, a lot of our client base is still going to be men. It wouldn’t work for us to grow our business in a space that excludes them,” she added.

What is important is surrounding yourself with “highly motivated people”, according to Kabir. “It can be lonely in the startup world but the Huckletree community has been a catalyst for our business. They bring a sense of belonging where it does not matter what level you are at. This flat structure makes the space inviting and, as a male or female founder, that’s difficult to find,” she added.

As with most decisions both in life and business, you have to trust your instincts. Kabir added: “If I could go back to my early days as a founder, I’d tell myself ‘go with your gut’. You will always have people doubting you and your abilities and that can make you stay in your comfort zone.”

And let’s not start the much-peddled ‘what about men’ argument. You’ve just read the stats. A 16% rate of female founders does not represent 50% of the population. If the tables were turned and only one-in-six founders were male, we’d need to address this discrepancy.

Which is something YouTubers Bondi Hipsters recognise in this wonderful parody made in response to the Australia’s first male-only gym and coworking space, after the proposed space used images of the pair without their permission.

As far as I can tell, the male-only Nomadic Thinkers space hasn’t advanced much since the concept was announced in November 2016 after the industry’s negative response to the idea.

We still have a long way to go. And getting more women in business is a more complex issue than opening up women-only workspaces. But if it helps to encourage more female founders at some level, this can only be a good thing.

So, if a female-only space works for your startup, embrace it. If you feel a mixed coworking space is a better fit for your business, go for it.

Follow your gut and make sure you find a community and a coworking space that will push your business to success.

And don’t be fooled by fluffy kittens. 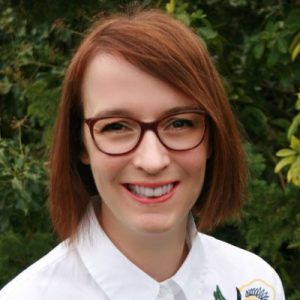